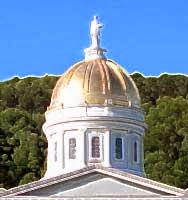 The Vermont House of Representatives passed a bill (H. 62) on February 13 that would prohibit the use of hand-held cell phones while driving.

Vermont's trial lawyer group, the Vermont Association of Justice, supports the bill which now goes before the Senate. Chris Maley, president of the VTAJ was among those who testified to ban cellphone use while driving. Maley, who has presented to area school groups on the dangers of distracted driving, shared how teenagers model the bad habits of adults who answer emails and text while driving.

As reported by the Valley News:


"Under the House bill, drivers would no longer be able to raise a cell phone to their ear and carry on a conversation, or scroll through their personal music players to change a song.

The proposed legislation would prohibit drivers from operating hand-held electronic devices while the vehicle is in motion.

Instead, drivers would have to mount the device, onto the dashboard for example, and would only be allowed to press one button to engage or disengage a call, or to activate a hands-free feature (such as Apple’s Siri function) on the phone, which would allow a driver to operate the phone by talking to the device.

Drivers would be able to wear a headset or use a wireless Bluetooth feature in the vehicle to carry on a conversation or to change to a different tune, but the days of physically holding the device would be no more if the House bill becomes law."

Both Chris and John are listed in
The Best Lawyers in America® 2020
in the areas of:

Learn more about our practice areas